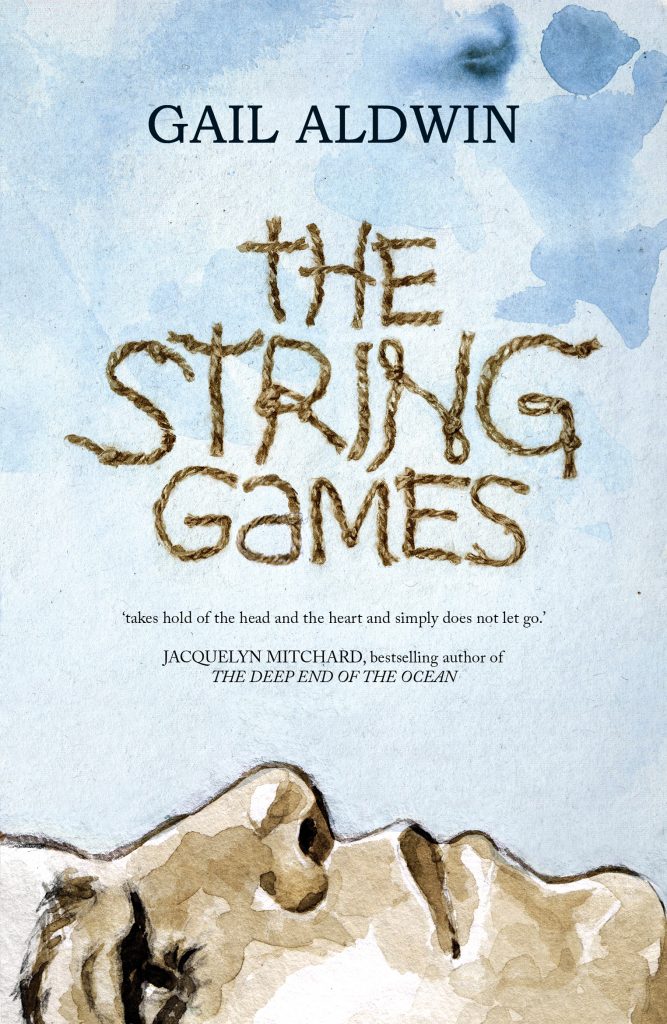 The String Games is a coming-of-age novel that charts the legacy of loss for Nim following the abduction and murder of her younger brother when she is ten years of age. Nim grows into a vulnerable teenager but as an adult she is able to address issues of unresolved grief.

Settled in Dorset since 2006, Gail has lived in Australia, Papua New Guinea and Spain. Her work includes Paisley Shirt a short fiction collection longlisted in the Saboteur Awards 2018 and adversaries/comrades a poetry pamphlet. With 3-She, Gail co-writes short plays that have been staged in Bridport, Brighton and Salisbury.

The author writes really well and the attention to detail and the authentic feel to the narrative make this a compelling and thought provoking read. Jo Barton, Jaffa Reads Too

A story with an astute and lucid understanding of what it means to be a female growing up in a world of adversity and loss. Linda Hill, Linda’s Book Bag

Aldwin blends her dark and light with an artistic touch, leaving the reader with just enough detail to ask ‘What would I do?’ J J Marsh, Bookmuse

It’s ultimately a story of hope and forgiveness, fresh starts and new beginnings: it’s quite beautifully written, and I enjoyed it very much. Anne Williams, Being Anne

I fell in love with this tale of grief and loss … a wonderful read and highly recommended. Laura, Jerra’s Jamboree