The Beginner's Guide to Sanity 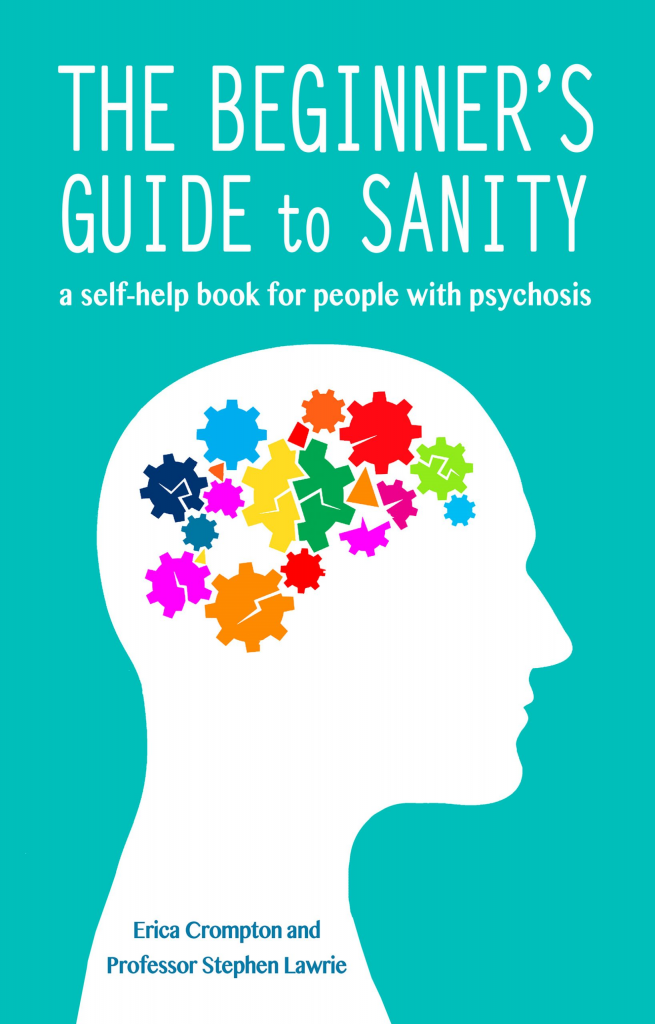 ‘Psychosis’ literally means ‘out of touch with reality’. The main psychotic symptoms, delusions and hallucinations, can occur in many conditions, but especially bipolar disorder and schizophrenia. In The Beginner’s Guide to Sanity, Erica Crompton, a journalist with a history of paranoid schizophrenia, and Professor Stephen Lawrie, an academic psychiatrist, share what they know about psychosis drawn from over 50 years’ combined experience. Whether you’ve just been diagnosed and are looking for relatable stories that will help you feel less alone, or are further into the course of your illness and wish to explore causes, diagnostics or why this might have happened to you, they discuss what they know about this complex illness and what we can all do about it. They look at what psychosis actually is and Erica draws on her experience of a first episode of the illness, before it turned into a full-blown schizophrenia diagnosis. She also details all the weird and wonderful techniques she’s tried to stay well and Stephen gives them a ‘sanity check’. Stephen looks at different diagnoses, causes, symptoms and illnesses that he’s seen in his clinic during his career as a psychiatrist. So, put the kettle on and lie back on the psychiatrist’s couch as Erica and Stephen start to relay all they know about psychosis… or, at least, everything they think you might want or need to know.

Erica Crompton is a freelance journalist with a history of paranoid schizophrenia and over two decades experience of living with psychosis. She’s written about her life with this condition for The New York Times, The Lancet Psychiatry, The Mail on Sunday, The Guardian, The Independent, Happiful magazine and many more. Erica holds degrees in journalism and fine art. As well as writing about psychosis, Erica gives guest lectures across the UK about her life, including talks to NHS clinicians, lawyers and solicitors, and doctoral students in psychology. In her spare time Erica runs Hopezine, a small and inspiring magazine to give all people feeling low or suicidal hope for a brighter future.

Professor Stephen Lawrie is a Professor of Psychiatry at the University of Edinburgh, UK, and an Honorary Consultant Psychiatrist at the Royal Edinburgh Hospital. He is a Fellow of the Royal College of Psychiatrists, the Royal College of Physicians (Edinburgh), the European College of Neuropsychopharmacology and the Royal Society of Edinburgh. Since 2014, he has been a Beltane Fellow for Public Engagement in Science. Until recently, Stephen was Head of Psychiatry at the University of Edinburgh, Director of the Scottish Mental Health Research Network and Director of the Medical Research Foundation and Medical Research Council-funded UK Clinical Research Training Fellowship programme for Mental Health (PsySTAR). As a practising clinician and clinically oriented researcher, Stephen is interested in clinical applications of brain imaging in psychosis, with a view towards objective diagnostic aids in psychosis and psychiatry, and in developing novel treatments that might enhance outcomes in patients with established psychoses and possibly even prevent the onset of psychosis in high risk populations.

“I am amazed how informative this little book is. It touches on everything, from different diagnoses and possible causes, to recoveries and treatments, and much more.” – Ziaul Choudhury, The Lancet Psychiatry